2011 Tax Code: Learning to live a new life with the corporate income tax 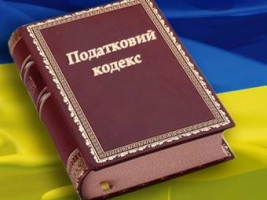 It is highly likely that there is not a single person in Ukraine who has never heard of the events surrounding the adoption of the new Tax Code of Ukraine. During 2010, the country discussed the upcoming tax changes on literally a daily basis and waited for the Tax Code's impending approval. The new Tax Code can indeed be regarded as the most discussed and the resonant event in terms of the lives of both businesses and ordinary citizens.

Two months has now passed since the new Tax Code entered into force, and many companies have already been faced with the practical application of this legislation. It should be noted that the Code's regulations will have both a positive and a negative impact on business on the whole and, in 2011, many companies will be forced to reconsider and restructure their business processes.

Of course, the positive regulations of the Tax Code will have a positive impact on the functioning of a given company, while the negative ones will undoubtedly have a negative effect. In this regard, we would like to prepare business entities for the impending negative amendments in this legislation, so that companies have the opportunity, in advance, to prepare themselves, to identify and assess the potential adverse effects, and to accordingly take corrective action, engage in planning and minimize operations in relation to the corporate profit tax.

In this article, we would like to somewhat dwell on the issue of expenditures, which will come into effect on April 1, 2011 in connection with Section III of the Code "Corporate Profit Tax" entering into force. We also provide an overview of four particular restrictions that are provided for under the new Tax Code.

Restriction 1: Expenditures on goods and services acquired from sole proprietors subject to the simplified (unified) tax regime (Article 139.1.12 of the Tax Code of Ukraine).

Beginning on April 1, 2011, for entities that pay the corporate profit tax, the rules of business with sole proprietors subject to the simplified tax regime will change. As of this date, it is no longer profitable to work with this group of suppliers. The Tax Code now prohibits businesses from including the acquisition of goods, works and services from simplified-tax-oriented sole proprietors in the cost of operations (an exception to this rule has been made with respect to the acquisition of services from sole proprietors subject to the simplified tax regime carrying out activities in the field of IT and informational services).

This restriction on claiming such expenditures does not apply to the costs of purchasing goods, works and services from legal entities operating under the simplified tax regime and natural persons who pay personal income tax on general grounds.

With regard to expenditures for acquiring works and services from sole proprietors operating under the simplified tax regime who carry out activities in the sphere of IT and informational services, this is also not so straightforward as it should be. The main problem for accountants with regard to processing such expenditures will be to determine exactly what services fall within the scope of this particular category of services (especially since this term has not been clearly defined for tax purposes).

How then is it possible to confirm orders for IT and informational services from sole proprietors operating according to the simplified tax regime? We recommend that the subject of any legal contract clearly delineate the nature of the purchased services and that the tax registration documents of the sole proprietor, which specifies its type of activities, be appended as an addendum to such a contract. Although the Tax Code does not actually stipulate the need to provide such evidence, we still recommend that businesses collect such information for their own protection.

Restriction 2: Expenditures on acquiring consulting, marketing and advertising from non-residents (Article 139.1.13 of the Tax Code).

This particular restriction depends on the status of the service provider. If a company acquires the above-mentioned services from non-residents, it is permitted to include expenditures in an amount up to 4% of the income (proceeds) from the sale of goods (works or services) (excluding VAT and excise duty) for the year preceding the reporting period (Paragraph 139.1.13 of the Tax Code).

The full amount of actual expenditures cannot be included in the case that the above-mentioned services are acquired from non-residents that maintain an "offshore" legal status (Article 161.3 of the Tax Code of Ukraine).

This restriction does not apply to purchases from a non-resident who carries on business in Ukraine through a permanent representative office and is thus, also subject to taxation in accordance with the regulations of the Tax Code.

The main problem for the accountant is to determine what services are actually considered to be consulting, marketing and advertising services. The Tax Code defines the term "marketing services", but in regards to "advertising" and "consulting" services, this is a somewhat more difficult challenge due to the fact that the Tax Code simply contains no definition of these terms. We are hopeful that the tax authorities will not mind if, for the definition of "advertisement", taxpayers will be able to refer to the Law "On Advertising". But with respect to "consulting" services, misunderstandings will inevitably arise specifically because this term is missing in the Tax Code of Ukraine.

We believe that, within the scope of such "consulting" services, we should understand the kind of services that are provided by specialized consultants in regards to the analysis, rationale and prospects for developing and producing scientific, technical, organizational and economic innovations in view of a given company's sphere of activity and distinct challenges. Consulting may be considered as any support from the relevant professionals, which is provided to a given company with respect to any of the activities of that firm.

This particular sphere of ​​services may be broken down into the following main types of consulting services:

These services can be further categories according to sub-groups. In general, these services include the following: analysis of business operations, production efficiency, the current market situation, price dynamics; forecasts of company operations in the future; the provision of counseling, recommendations and advisory services that affect any part of the enterprise; direct participation in the activities of a client company, planning, organization of company management, information systems implementation, staff recruitment, holding various trainings, etc.

This restriction will undoubtedly have an adverse effect on international companies. The model followed by international companies tends to involve centralization in terms of the provision of consulting services to companies through a group of companies. Perhaps it will be the case that, from now on, they will find it more advantageous to clarify that they are not providing consulting services, but instead indicate that they are providing services for the "provision of personnel" within the group (the definition is provided in Paragraph 14.1.183 of the Tax Code).

Given the above, we recommend that businesses carefully analyze the nature of the services being ordered from non-residents and that they work with their specific wording in the subject matter of contacts concluded in this regard.

Restriction 3. Expenditures for the acquisition of engineering services from non-residents (Article 139.1.14 of the Tax Code of Ukraine).

A business may claim expenditures on engineering services acquired from non-residents in an amount of not more than 5% of the customs value of any equipment imported in relation to the relevant contract.

Such expenditures are not included in full measure in the case that engineering services are acquired from non-residents who: a) have an "offshore" legal status, and b) are not the beneficial recipients of the service fees.

This restriction does not apply to purchases of services from non-residents, which operate in Ukraine through a permanent representative office and which are thus subject to taxation in accordance with the regulations of the Tax Code.

This restriction should adversely affect a business, as it will end up being economically advantageous for companies that proceed to hire foreign consultants and engineers. In this particular situation, on the one hand, many businesses need to involve such experts. On the other hand, companies will hereinafter need to incur such expenditures without the ability to reduce their tax base.

Restriction 4. Expenditures for the payment of royalties to non-residents (Article 140.1.2 of the Tax Code)

This restriction once again concerns the status of the recipient of the income, as well as the form of payment. The Tax Code limits expenditures accrued in relation to the payment of royalties to non-residents. The new regulations permit the inclusion of expenditures for the payment of royalties to non-residents in an amount not more than 4% of income (proceeds) from the sale of goods (works or services) (net of VAT and excise taxes) for the year preceding the reporting period (Paragraph 140.1.2 of the Tax Code).

Royalties in favor of the following entities cannot be included in full measure:

Another question that will be problematic is the verification of other conditions for the inclusion of royalties in gross expenditures. For example, how is it possible to confirm compliance with the condition that a non-resident recipient of royalties is taxable in his home state and that he is actually the beneficial owner? Documentation from the appropriate authorities proving the recipient's income must be produced or the Ukrainian tax authorities will send a request in this regard directly to the tax authorities in the respective country, such as Switzerland or Cyprus, for instance. The new Tax Code fails to provide no any answers to these questions. It is probable that the Code requires amendment.

To summarize the above-mentioned regulations, the expenditures that are restricted are burdensome for foreign investors and foreign companies. However, a full assessment of the administrative burden and the resultant tax losses will become clear only towards the end of 2011. As a consequence of this tax policy, foreign companies will be forced to revise the price formation of their services in order to maintain their profitability. At the same time, other companies will likely feel the need to refuse the practice of acquiring various services from sole proprietors who are subject to the simplified (unified) tax regime. The only thing left for us to do is to observe the results that, in fact, end up unfolding in relation to this sphere of business.