A Good Programmer – Who is He? 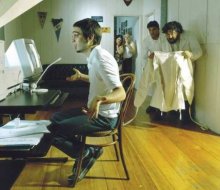 As a rule, a is hard to find a good specialist, but it is even harder to find a good programmer. This is the case where the peculiarity of the professions plays a key role. And not many people, including programmers themselves understand this peculiarity.

A good programmer is a programmer who knows
Like in any other profession, a programmer needs knowledge - the knowledge gained by his own, at schools and universities, or obtained together with his work experience – i.e., that basic knowledge, which distinguish between a programmer and a "normal" person. Most good programmers started programming long before, and the degree was just a natural continuation of their hobby. After all, this profession makes a huge contrast between people who know programming and the majority that has no idea about the specifics of the job.

The process of programming requires that the programmer  systematically breaks complicated problems down, plans and implements solutions, finds and  eliminates small inconsistencies in code (bugs). It has been well said that a programmer is the person who solves the problems that others do not even have heard about  in a way that others do not understand at all.

Knowledge is good, a lot of knowledge is even better. But programming is not limited with this. Programming is the ultimate moving target.  Unlike other activities,  information technology is developing rapidly. More important here  is not the amount of knowledge but the ability to independently receive it.
A good programmer has a burning desire to learn new things every day.
The technologies are developing constantly; not a year goes by without some new technology robbing an old, established standard, so the programmer has to be involved into the process of learning. The task is not to teach a person as many things  as possible. The goal is to teach him to find the needed information quickly. This principle can be applied to any profession, but in the IT professions, due to the high speed of technology development, is expressed most clearly.

Many people probably have met the  individuals (I cannot call them programmers!) who, having studied one thing, though large, are not eager to learn something new. This is a “dead weight” for any enterprise. In fact, the great programmer will be the one talking your ear off about a new technology that you haven’t even heard of, explaining to you why you must use it in your business, even if none of your staff knows how to use it. Even if it’s a technology he doesn’t know how to use yet.

A good programmer is a flexible programmer
As a representative of the profession, a programmer/developer  must remain flexible and adaptable in any situation. Indeed, quite often, every few years there are real revolutions in this sphere, turning everything upside down. These revolutions, unlike political, do not eliminate that what was previously. The new order can exist quietly (and it does) in parallel with the old one. But working in new conditions requires a complete rethinking. More precisely, we need to think  differently, not like we did before. This change in thinking does not come easy to everyone. Someone who is more flexible and changeable, adapts quickly and comes forward, often being ahead of time. Just like it is in nature: not the strongest survive, but those are more adaptable.

There were lots of so-called revolutions: an object-oriented programming, networking, and so on. And in all these cases the same thing occurred: someone invented it, those who were more farsighted joined it, but the majority (short-sighted and /or lazy) simply ignored it or even criticized it vividly. However, in course of time the invention is brought to masses and becomes a common thing. Those who had been against it, use the new technology in their daily work, while others - who at one time looked queer – start moving forward. Perhaps the latter, the most far-sighted, have invented a thing that came ahead of their time, and therefore they did not enjoy the success at first.

And if you really want to realize yourself as a creative programmer, if new projects and ideas are "raging" in your head, but you just do not have opportunities to realize them, you can simply contact the "Ukrainian Internet technology" company. It will help you to discover your potential and realize your plans. The company always needs a promising and talented employees. Welcome to the world of Internet Technology!